“I’ve never seen such disregard for communities and the people in them – the stores, the factories, the businesses, they’ll all be taxed… You’re penalizing us. You’re hurting us… I just think it’s shameful what’s happened here…and I have never seen anything like this in the 32 years I have served in office.” – Sen. Ruth Johnson on the transit tax hike.

The Oakland County Transit Tax, called the “Oakland County Public Transportation Millage” on the ballot, will raise taxes at a bare minimum of 66 million per year to bail out a mass transit system that is bankrupt and nonviable. It is a .95 mil tax proposal, which is

Transit ridership was down 57 percent since before the COVID pandemic and has not recovered. Ridership was already dropping before the pandemic, with only a third of the rides provided in 2021 in comparison to 2008.

According to the U.S. Census Bureau, only about 2,500 people in Oakland County rely on public transit to commute to work. That’s only 0.4% of the county’s 1.3 million residents. Rider fares only pay 1.1% of the operating budget with 98.9% of the transit cost paid for by taxpayers who mostly don’t use the service.

The facts are in: We do not need a massive new bureaucracy to handle transit right now. But the truth is that the Oakland County transit tax is not about improving transit; it is about a Democrat transportation power grab that will mean higher taxes, more spending, fewer choices, and the government picking winners and losers in an unfair system for Oakland County.

Democrats on the Oakland County commission recently began their takeover of the independent Road Commission, in order to politicize transportation for their own benefit. They are pushing the notion of “transportation equity,” which means pushing far-left objectives using our crucial infrastructure.

They intend to raise taxes, if they are successful, by as much as 5 to 15 mills after this proposal succeeds. This is part of their overall agenda to raise gas prices, force you out of your automobiles, and be dependent upon their system to be able to be mobile. These are “Green New Deal” principles, and they are being slow rolled in Oakland County by manipulative and deceptive Democrats.

Cities that have attempted transit in recent years have found a lack of riders, the inability to remain solvent even with federal bailout money, driver shortages, and transit becoming a haven for violent crime. There are many, many reasons why the transit tax must be rejected by Oakland County. Whether you are in the suburbs or inner cities, no matter what income bracket you find yourself in, this is a proposal that serves nobody here.

If we can put a wrench in this transit tax, it will force them to reevaluate their entire agenda. It will show that Oakland County taxpayers will not be pushed around. It is obvious that subsidizing Uber and Lyft rides, or similar rideshare services, could provide transit for people who need it at a fraction of the cost. We demand 21st Century transit solutions; not a dinosaur system that has failed and will continue to fail.
Please come to our Oakland County Republican Party office at 42611 Woodward Ave., Bloomfield Hills, MI 48304 to volunteer to outreach to voters against the transit tax. You can call 248.499.7288 to see if our offices are open. For additional information and literature, visit stoptaxingourproperty.com.

STAY UP TO DATE!

Sign up now to get the OCRP Newsletter so you can stay up to date with the latest Republican news and events happening in Oakland County. 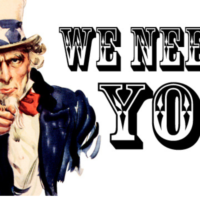 The Key to Winning An Election is You!